GUANGZHOU, China, Sept. 27, 2017 /PRNewswire/ — GAC Motor, China’s fastest-growing automaker, has completed a 5,100 km journey through cities with the hottest weather in China to demonstrate the premium quality of its SUV lineup. Joined by new mid-sized SUV GS7, flagship model GS8 and GS4 PHEV. the one-month journey ended at the high temperature test center in the Turpan Depression in Xinjiang where its new and classic SUVs passed a range of extra tests against the tough weather and environment.

Started in Guangzhou, the SUVs drove all the way toward the far west of China through Xi’an, Lanzhou, Dunhuang and other ancient “Silk Road” cities. Their final destination, the Turpan high temperature test center (“the Center”), is located in the Turpan Depression, which is known as the hottest and driest area in China. The high temperature from June to August can reach 53°C and the relative humidity is a mere 6 percent.

After trekking through the burning summer weather, the GAC Motor SUV lineup was still in good shape and took on a series of tests for performance and reliability at the Center. The new GS7, which has been praised as “A New Generation Blockbuster SUV” by The New York Times and an “Impressive Worldwide Debut” by Forbes, took a gravel road test in 43°C temperatures. After a 4.4km cross-country run, the GS7 proved that it was able to endure high temperatures and maintain high performance levels. 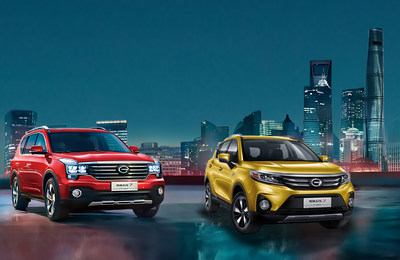 Another new sporty SUV GS3, released onto the market with GS7 on August, is built for young families. It is equipped with GAC Motor’s second-generation 200T engine that offers peak torque of 202Nm at 1,500 RPM. It’s also supported by smart technologies including human-auto interaction, Carlife’s intelligent interconnection feature and a 3D voice navigation system.

Yu Jun, president of GAC Motor, said that the extreme weather test drive shows the superior quality of GAC Motor products, which is made possible by the company’s strong R&D expertise. “Quality is what makes the GAC Motor brand stand out among the competition. We are committed to developing vehicles that provide great performance in all kinds of extreme environments,” said Yu. 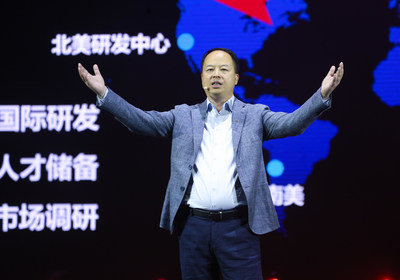 The addition of the GS3 and GS7 expands GAC Motor’s comprehensive product lineup. It sharpens the brand’s competitive edges and will contribute to the company achieving its sales target of 500,000 vehicles in 2017. What lies within GAC Motor’s full-matrix success in seizing up market share is the company’s mature technology, R&D capability, manufacturing and management, which the company takes pride in. It is also a sound proof of the company’s well-grounded brand strength.

A subsidiary of GAC Group, GAC Motor develops and manufactures premium quality vehicles, engines, components and auto accessories, achieving a year-to-year growth rate of 96 percent in 2016, the highest among all Chinese brands in the corresponding period. The automaker sold more than 330,000 cars in the first eight months of 2017, marking a 50.5 percent year-on-year increase. GAC Motor has ranked the highest among all Chinese brands for five consecutive years.

TAIPEI, Taiwan, July 27, 2017 /PRNewswire/ — Kavalan, Taiwan’s premier whisky, has yet again claimed the most prestigious award in its category, this time at the International Wine and Spirit Competition (IWSC) announced on July 26. Photo – https://mma.prnewswire.com/media/539735/2017_IWSC_new.jpg Within two years, this makes it a total of three Trophies for the Kavalan Solist Ex-Bourbon […]

The World Innovation Summit for Education to Host WISE@Accra Conference on May 9th in Accra, Ghana