PARIS and MADRID, Oct. 5, 2018 /PRNewswire/ — Honor, a leading smartphone e-brand, launched the latest and most powerful addition to its X-series line-up — Honor 8X on October 3. From 5X, 6X, 7X and now 8X, Honor X-series phones are always dedicated to providing the most value to savvy customers, with cutting-edge technology, features and style, but with an astoundingly accessible price. Honor 8X is a pivotal landmark in the series, extending the reputation of an exceptional value proposition that no flagship smartphone can match. In Honor 8X, customers get a top-end configuration of a 6.5-inch Notch FullView Display with a 91% screen-to-body-ratio and chip-on-film (COF) technology along with a comprehensive list of top features.

Aesthetic design in a slim, elegant body made possible by chip-on-film (COF) 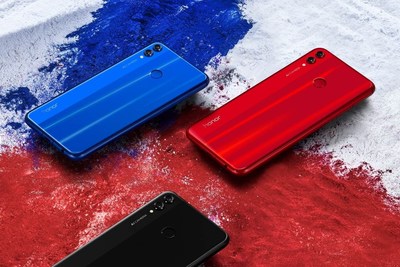 Honor 8X is the first smartphone ever to come equipped with a new generation eye comfort mode certified by TUV Rheinland — a feature which can reduce blue light radiation emitted by the screen to prevent eye fatigue.

Honor 8X has dual-lens 20M + 2M rear and 16M front facing cameras. The cameras possess AI which recognizes 22 different categories and 500 scenarios in real-time. The AI technology optimizes camera settings and enhances photo quality based on what users are shooting.

The new night shooting mode enabled by AI technology eliminates the blurring of photos when taking night shots under a maximum 6-second exposure, even with a shaky hand. Whether you’re a professional or an amateur photographer, with Honor 8X anyone can create impressive night shots. Altogether, it’s a smartphone that lets you easily take the best photos regardless of setting or lighting — so you can stay in the moment. 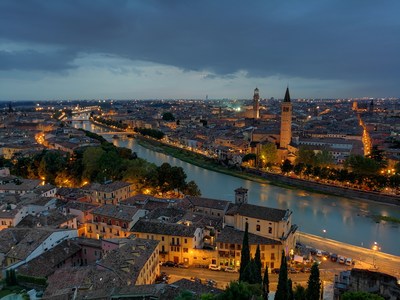 Honor 8X has 128GB ROM and supports an expandable microSD card up to 400GB. The smart user interface EMUI 8.2 not only keeps the system running smoothly, but also brings new features such as facial recognition under dim light and fun augmented reality (AR). Honor 8X features intelligent power saving technology and a 3750mAh battery, which can last for more than one day on a single charge.

Honor 8X deploys the latest in AI Communications to automatically recognize weak-signal or strong interference scenarios and adjust the signal and voice quality when you are using your phone. If a person is in a noisy environment, such as on the subway or in brisk wind, the smartphone will recognize the background noise and enable AI noise cancelation to improve voice quality and enable clearer conversations. AI Communications can also detect variations in signal strength, such as in an elevator, quickly restoring 4G connections to maximum speed right after you leave the lift — so you don’t miss anything.

Mr. George Zhao, President of Honor, said: “With the newly unveiled Honor 8X, Honor is setting out to hit new benchmarks in terms of balance between value, design and performance. Honor 8X doesn’t just meet the needs of our customers, it represents a stunning leap forward in smartphone technology, tearing down old conventions on what is possible, while keeping a strong focus on design aesthetics. Honor 8X is a beautiful embodiment of minimalism, an eye-catching exemplar of achievement and ingenuity that demands attention. It’s a trailblazer which demonstrates that flagship features do not require comprise.”

The new Honor 8X is available from Wednesday, Oct. 3 in three countries including France, Italy and Spain. The Honor 8X will be available in more countries later this year.

Honor is a leading smartphone e-brand under the Huawei Group. In line with its slogan, “For the Brave”, the brand was created to meet the needs of digital natives through internet-optimized products that offer superior user experiences, inspire action, foster creativity and empower the young to achieve their dreams. In doing this, Honor has set itself apart by showcasing its own bravery to do things differently and to take the steps needed to usher in the latest technologies and innovations for its customers.

For more information, please visit Honor online at www.hihonor.com or follow us on:

President His Highness Sheikh Khalifa bin Zayed Al Nahyan, has sent a message of congratulations to the Governor-General of the Commonwealth of the Bahamas, Cornelius Alvin Smith, on the occasion of his country’s Independence Day, which is observed on July 10th. His Highness Sheikh Mohammed bin Rashid Al Maktoum, Vice President, Prime Minister and Ruler […]