WASHINGTON, Jan. 16, 2019 /PRNewswire/ — Andrew Parasiliti, director of the RAND Corporation’s Center for Global Risk and Security and a highly regarded Middle East specialist, has been named president of Al-Monitor (www.al-monitor.com), the leading source of news and commentary about the Middle East. 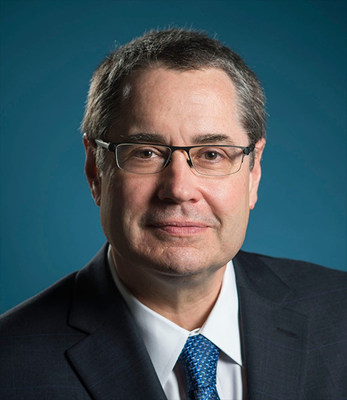 Dr. Parasiliti rejoins Washington, D.C.-based Al-Monitor, where he previously served as editor from 2012-2014, as part of Al-Monitor’s continued commitment to delivering authoritative, high-impact original journalism and analysis to audiences in the U.S., Europe and the Middle East.

“We are delighted that Andrew is rejoining the outstanding team at Al-Monitor,” said Daria Daniel of Crest Media LLC, the media-investment company that owns Al-Monitor. “His knowledge of the region, its politics and its culture will bring value to our readers globally.  Al-Monitor continues to be the definitive voice on the region.”

“I’m honored to have the opportunity to help Al-Monitor continue to realize Jamal Daniel’s vision for independent media and trend-setting analysis of the Middle East,” Dr. Parasiliti said.  “It’s been an incredible story since Al-Monitor’s start over 7 years ago, and I am pleased to be part of its next chapter.”

“Andrew’s return underscores the depth of experience and knowledge Al-Monitor brings to its journalism,” said Marcus Brauchli, co-founder of North Base Media, which has been working with Crest Media on exploring commercial and content avenues for Al-Monitor.

Dr. Parasiliti comes to Al-Monitor after serving as director of RAND’s Center for Global Risk and Security and international marketing manager of its National Security Research Division. His previous positions include executive director of the International Institute for Strategic Studies; a principal at the BGR Group; foreign policy advisor to Senator Chuck Hagel; director of the Middle East Initiative at Harvard’s John F. Kennedy School of Government; and director of programs at the Middle East Institute. He received his Ph.D. from the School of Advanced International Studies at Johns Hopkins University; an M.A. from the University of Virginia; and a B.A., cum laude from the University of North Carolina at Greensboro.

About Al-Monitor
Al-Monitor, which won the International Press Institute’s Free Media Pioneer Award in 2014, has a network of authors and analysts around the world, who write for readers who want to go beyond the headlines and explore the region through the experiences of people who live there. It is widely read among policymakers, business leaders and academics.