ROME, May 10, 2019 /PRNewswire/ — (EWTN) – EWTN Global Catholic Network announced May 10 that it will launch a news service for the African continent. ACI-Africa will be a Nairobi, Kenya-based Catholic news agency, which will publish content in English, French and Portuguese. EWTN Chairman and Chief Executive Officer Michael P. Warsaw formally introduced the project during an event at EWTN’s Vatican bureau. The news agency will officially begin operations on August 15, the Solemnity of the Assumption, the same date on which EWTN Founder Mother Angelica launched EWTN in 1981. 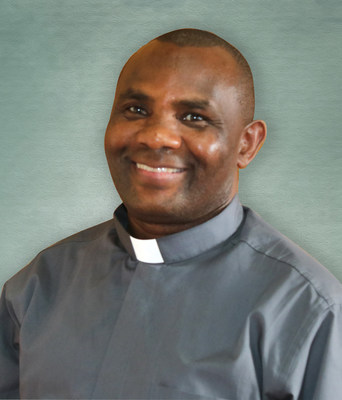 “I am pleased to announce that EWTN will soon be launching a news agency which will cover the Church across the continent of Africa,” Warsaw said. “The Church in Africa is vibrant and continues to see exponential growth. My hope is that this new service from EWTN will help continue to build up the African Church and also ensure that the voice of the African Church is heard more clearly around the world with content that is shared through EWTN’s other news platforms.”

The Association for Catholic Information in Africa (ACI-Africa) will be headed by Father Don Bosco Onyalla, a priest of the Diocese of Rumbek in South Sudan. He is a journalist who established and previously oversaw the Catholic News Agency For Africa (CANAA), a project of the African bishops conference since May 2013. Onyalla’s work has included producing websites, newsletters and social media updates for the bishops, as well as working with diocesan, national and regional episcopal communication directors throughout Africa. He speaks English, French, and Swahili, as well as the local languages of Luhya and Dinka.

“I look forward to interacting with fellow Catholic journalists under the EWTN umbrella, to facilitating the telling of Africa’s story by Africans, and to the challenges involved in setting up a news agency in the vast and multi-cultural context that is Africa,” Onyalla said.

ACI-Africa will be a part the ACI Group which was acquired by EWTN in 2014 and includes ACI Prensa, the world’s largest Spanish-language Catholic news organization with headquarters in Lima, Peru; ACI Digital, the Rio de Janeiro, Brazil-based news organization, which serves the Portuguese-speaking world; and ACI Stampa, the Italian-language news organization based in Rome. ACI Group is part of the larger EWTN News, Inc. division, which also includes Denver-based Catholic News Agency (CNA), the German language news service, CNA Deutsch, and several other Catholic news outlets.

“We were honored to welcome Vatican officials, journalists, and distinguished guests to our event announcing the birth of ACI-Africa,” said Alejandro Bermudez, Executive Director of the ACI Group. “This new Agency aimed at covering all Africa for Africa and the world is an expression of the growing role African Catholicism is having in the universal Church. This is a significant step forward for the ACI Group as well as for the larger EWTN News family.”

The launch of ACI-Africa is the latest development in EWTN’s efforts to continue to expand its news presence in the global Catholic digital and multimedia marketplace. In 2013, the Network launched “EWTN News Nightly,” a daily news program from Washington, D.C. covering news and world events from a Catholic perspective. In 2011, EWTN acquired “The National Catholic Register,” the leading Catholic newspaper in the United States. In addition, EWTN’s radio and digital media services have greatly expanded their news content in recent years.

EWTN Global Catholic Network, in its 38th year, is the largest religious media network in the world. EWTN’s 11 global TV channels are broadcast in multiple languages 24 hours a day, seven days a week to over 300 million television households in more than 145 countries and territories. EWTN platforms also include radio services transmitted through SIRIUS/XM, iHeart Radio, and over 500 domestic and international AM & FM radio affiliates; a worldwide shortwave radio service; one of the largest Catholic websites in the U.S.; electronic and print news services, including Catholic News Agency, “The National Catholic Register” newspaper, and several global news wire services; as well as EWTN Publishing, its book publishing division.