BEIJING, Dec. 12, 2017 /PRNewswire/ — Today, the 2017 TV Landmark of China’s TV Media Conference was hosted by the State Administration of Press, Publication, Radio, Film and Television, and China Radio Film and TV magazine. In the awarding ceremony on that day, GHS was awarded “the Best Shopping Channel of the Year”, while GHS president Jason Kong was honored “Man of the Year”. He is the only person who has this award in China’s TV shopping industry. 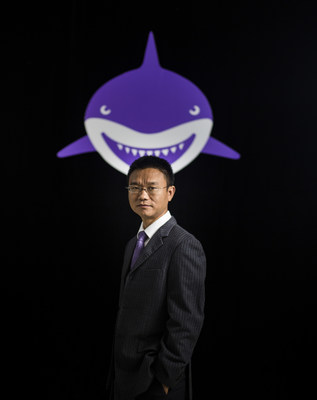 TV Landmark is the most authoritative and representative large-scale professional researcher activity in China. Based on a professional, objective and fair evaluation system, it comprehensively combs the competition pattern of the Chinese TV market. In 2017 “TV Landmark” selected “the Most Influential Brands of Provincial TV Stations”, “Annual Excellent Provincial TV Stations”, “Annual Excellent Shopping Channel”, “Annual Radio and TV Character”, “Man of the Year” (TV shopping) and other awards, which are an important leading indicator of the TV industry.

Jason Kong, who was awarded “Man of the Year” by TV Landmark, once served as deputy director of Guizhou TV station, president of Jia You Home Shopping Company, managing director of the China Media Capita (CMC), now he serves as the president of GHS. GHS is the leading full media retail platform in China. It is comprised of GHS TV channel, mobile video shopping App, smart TVs and shopping magazines, etc., which provide consumers with high quality global household commodities.

2016 White Paper on China’s TV Shopping Industry shows that traditional cable TV is trending downward, the retail market has fierce competition, under the double strike, the total sales of China’s TV shopping industry has a slight decline for the first time, while GHS led by Jason Kong as the dark horse bucked the trend, and the annual revenues has increased sharply, and with the fastest growth rate steadily stepping into the top 3.

GHS has become the first “going global” company in the industry

GHS president Jason Kong said, in response to “The Belt and Road Initiative”, actively expanded into overseas markets, it is an important strategic plan for GHS, and it has achieved initial success. On September 2017, GHS announced in Dubai that it has acquired the largest TV shopping company citrussTV in MENA area, which is the first overseas acquisition case in China, and GHS has become the first “going global” company in the industry.

GHS has played a positive role in promoting the quality transformation of China’s TV shopping industry. It has great significance for China’s TV shopping industry and even China’s TV industry. GHS president Jason Kong said, GHS will take the investment of citrussTV as a pilot, and expand the international market in Eastern Europe, Central Asia, Africa and Southeast Asia under the guidance of the “The Belt and Road Initiative”.

It is reported that the series of “Man of the Year” are mainly selected from the media organizations, audiovisual new media, and operation institutions, etc.

ISLAMABAD – Authorities in Afghanistan said Wednesday that pro-government forces had pushed back Taliban insurgents from parts of a northwestern city and regained control of official buildings after hours of fierce clashes. Fighting erupted in parts of…

The United Arab Emirates marked the first-ever International Day of Women in Diplomacy at the United Nations. The UAE was one of the main sponsors of a UN General Assembly resolution adopted earlier this week establishing 24 June as the International D…