Number of Attendance Expected to Increase as Global Markets Recover 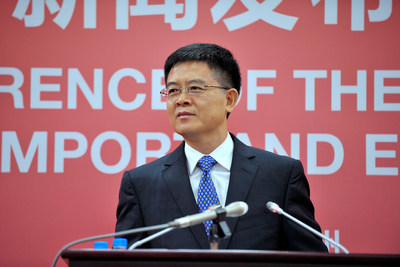 The figure reflects the continued steady recovery of the global economy, and the continued vitality and growing importance of the Chinese market as both a source for goods and consumption. 341 exhibitors at the Fair are from countries that are participating in China’s “Belt and Road” Initiative (B&R), and will account for 55 percent of exhibitors in the International Pavilion.

The schedule for this year’s Canton Fair is as follows:

Xu Bing, spokesman of Canton Fair, said the global economy has been on an upward trajectory this year and deflation of major economies since the Great Recession has stabilized and, in almost all cases, reversed to sustained, steady growth. As a result, the 122nd Canton Fair will see an increase in the amount of buyers attending as global trade continues to recover.

“The Canton Fair has been a consistent force promoting the development of an open world economy,” remarked Xu. “By introducing new products and exhibitor groups to buyers, as well as showcasing exhibitors driving growth within countries that are participating in the B&R, we will continuously enhance our contributions to the sustainable development of global trade.”

The China Import and Export Fair, also known as the Canton Fair, has been held biannually in Guangzhou since 1957. It is the largest exhibition with the widest array of products, most diverse selection of buyers and highest business turnover in China. http://www.cantonfair.org.cn/en/index.aspx

eWTPA: MENA on the rise with push and pull global economic drivers