NEW YORK, Sept. 25, 2019 /PRNewswire/ — This week the Saudi Development and Reconstruction Program for Yemen (SDRPY) is holding a special exhibition on the sidelines of the 74th Session of the United Nations General Assembly (UNGA) in New York to introduce the program and its development efforts in Yemen. 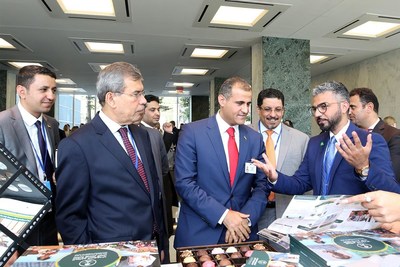 During his visit to SDRPY’s pavilion, after hearing a description of the program’s current and future projects, Yemeni Foreign Minister Mohammed Al-Hadhrami praised the Kingdom’s development efforts in support of the brotherly people of Yemen across several Yemeni governorates and their impact on Yemeni communities and society as a whole. 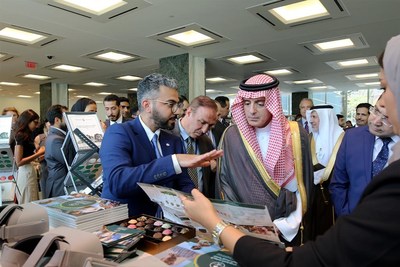 The exhibition includes virtual reality (VR) technology representing program projects in the Yemeni governorates, videos of SDRPY operations, and an image gallery of Yemenis of all age groups who are benefiting from the program’s development projects. These projects have had a visible, positive effect on the lives of Yemeni citizens, both directly and indirectly, by both helping to strengthen the Yemeni economy and increasing employment among the Yemeni workforce.