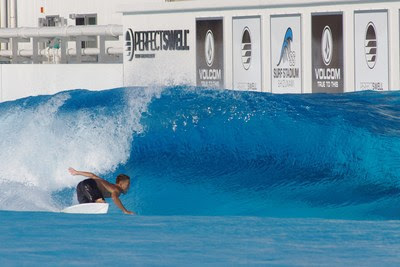 “Our goal is to contribute to the deep and vibrant surf culture in Japan and build the PerfectSwell® brand,” said Keiichi Hayashi, CEO of PSJ. “We look forward to partnering with developers to bring together surf culture and contemporary architecture while capturing the essence of unique locations. PerfectSwell venues will provide both a premier surfing event and entertainment platform with broad appeal.”

Last summer, the historic debut of surfing in the Olympics was accompanied by a PerfectSwell® Olympic training venue. PSJ plans to carry on the Olympic momentum and expand competitive opportunities for Japanese athletes.

“PerfectSwell® Japan will be a key part of optimal training by providing repeat, made-to-order waves,” said Kimifumi Imoto, Director of PSJ and Surfing Competition Sports Manager, Tokyo Organizing Committee for Olympic and Paralympic Games. “PerfectSwell® Japan venues will host surfers from around the world, building excitement around the sport and creating new opportunities for competition.”

“Because everyone gets equal access to the waves, it is possible to experience the essence of surfing with PerfectSwell®. Now surfing is more accessible, and many young athletes will go on to become world-class surfers,” said Masato Yukawa, Director of PSJ and professional surfer.