WASHINGTON, Dec. 14, 2018 /PRNewswire/ — New Orb Media Inc. reporting and data analysis shows consumers are extremely worried about plastic’s impact on the world. There is widespread public confusion regarding responsibilities and options, and the role of governments and industry in reducing plastic pollution. 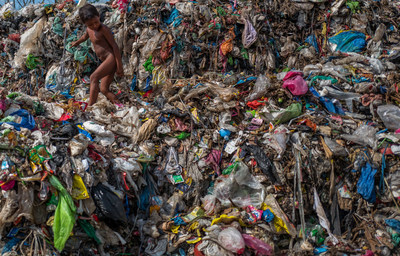 Plastic Bag Substitutes Generate Greater Carbon Footprint
Compostable plastic bags can’t degrade in landfills or nature and must be separated and heated in an industrial facility. Most bioplastics have the same environmental hazards and a bigger carbon footprint.

Attitude Impacts Recycling Habits
Recent research shows the mood of a community can affect recycling rates. The average weight of campus recycling was nearly 50 percent higher after a college basketball victory than after a loss or tie at one U.S. university. On rainy days, the total mass of household recycling collected in one London borough fell by one kilogram for every millimeter of precipitation.

Microplastics Are Everywhere
Less prominent in the plastic narrative are emerging questions over microplastic pollution in food, air, soil, and water, and the safety of chemical additives in plastic food packaging.

Orb Media is pleased to partner with members of the Orb Media Network (OMN), a group of global agenda-setting media which collaborate to simultaneously publish stories together that catalyze global dialogue on critical issues, focusing the attention of government, industry,

researchers, civil society, and the public.